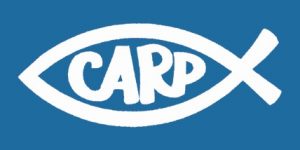 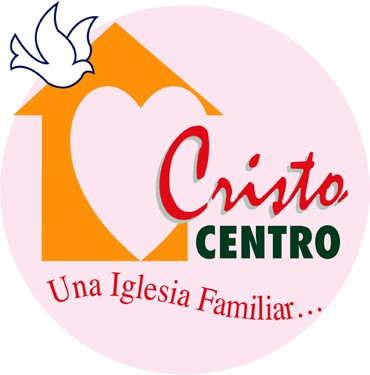 “Withhold not good from them to whom it is due, when it is in the power of your hand to do it. Say not unto your neighbor, Go, and come again, and tomorrow I will give; when you have it with you.” Proverbs 3:27-28

Greetings to you in the name above all names, Yeshua (Jesus) the Messiah! What a full and wonderful year we had working in El Salvador – a blessing both to us and to many children and their families! Last year we declared a scripture from Isaiah 54:2: “Enlarge the place of your tent, and let the curtains of your habitations be stretched out; spare not; lengthen your cords and strengthen your stakes.” We saw God’s hand multiply all that we had been doing. I visited three times in 2013, and wanted to include the December trip in this newsletter. We thank you, sponsors and friends, for your help in building up and ministering to the righteous remnant in this country, the overcomers among the nations.

“What have you been doing in El Salvador for twelve years?” you may ask. Well, we co-labor there with the Iglesia Cristiana Cristo Centro (Christ Center Christian Church) – Pastors Francis Batarsé in San Salvador, Luis Paz in Sonsonate, and Mario Marroquín in Santa Ana. This year thirty-two students from these congregations are sponsored for their elementary and high school education through the Student Sponsorship Program. When CARP began, government statistics showed that one out of four students abandoned school before completing sixth grade; half of the adolescents never finished high school. Now times are changing, economies are shifting, and we know that higher education allows more opportunities and choices for the future. We say, “Prepare!” To date twenty-one students in this program have graduated from high school, and there will be three more grads at the end of 2014.

One of the high points of my December 2013 visit was the graduation of Pastor Francis’ son, Francis, Jr. (in photo with the family). He began studying medicine at the Evangelical University in January 2014. His desire is to help provide the medical needs of people with limited resources. José Luis Juárez will graduate in March 2014 in Sonsonate, and he plans to major in psychology at the university. For the past year, he has served as a volunteer leader in a non-profit for children, in addition to teaching art.

Cristo Centro is called “una iglesia familiar” or family church. One of the CARP Ministry’s goals in cooperation with Cristo Centro is to leave a godly legacy for the next generation, having each believer rooted and grounded in the Savior’s love. The pastors work with entire families, teaching and exhorting them in the Holy Spirit. Much effort goes into instruction: Everyone meets twice a week for study and Bible School. On Saturday afternoons in San Salvador, the youth meet for CETI (Theological Institute for Christian Studies), a discipleship and evangelism course.

At Sunday’s anniversary service, some of the former graduates were present to give their testimony of God’s blessings through CARP. They presented a certificate-diploma of thanks to Patrick and me and to Pastor Todd Westphal of El Shaddai Congregation for its legal and spiritual covering these past twelve years. Here are testimonies of some of the students (pictured on the right):

Marisol Alvayero (21) graduated in 2010. She reminisced about how Pat and I have seen all the kids grow and mature with the help of the CARP Project. She thanked us for the home visits and encouragement each time we travel to El Salvador. She said God had put a dream in each student’s heart, and the dream of each family was to see their kids go forward.

Alejandro Trigueros (19) graduated in 2011. He studies systems engineering at the Evangelical University. He said he and others might not be where they are if it weren’t for CARP’s help.

José Manuel Herrera (25) graduated in 2005 in automotive mechanics, and then from the technical institute ITCA two years later. He mentioned how important the letters from sponsors were and how they helped motivate him. He manages a home appliance store, is married, and has a baby girl.

Gilma Rodríguez (27) graduated in 2005. She said she struggles in college, but agrees it is worth it. She is married, has a good job, and continues in college.

Morena Aguilar (22), a 2008 graduate, is almost done with her five-year university degree in communications. She said the CARP Project has been a blessing in her life.

Yanet Fuentes (25), a 2006 graduate, said she was the first of her four brothers and sisters to graduate from high school. Her eyes filled with tears as she described the effort her single mother (and her sponsor) made to help them. Yanet now holds a stable job and is a proud mom.

Ever Orellana (22) graduated in 2012 in electronics, and he just began his second year of a communications degree. He said CARP is a blessing in his life, and he is grateful to have the opportunity to attend the university.

As with all these students, we want the young people to know that they are important, and their lives count in the future of their country. God loves them and wants them to be fruitful in all their efforts! We say, “In all your ways acknowledge Him, and He will direct your paths” (Proverbs 3:6).

In the fall of 2013, we were honored to have Pastor Francis visit us in Maryland. Sponsors welcomed him with a fellowship meal at El Shaddai Congregation. At our Frederick home group, he presented a very informative teaching on the profile of a Christian. His rousing message exhorted the believers at Quinn Chapel A.M.E. Church (Pastor Luke Robinson): “Stop standing along the shoulder and get on the road!” He spent one weekend ministering at Iglesia Renacer (Rebirth) in Hopewell, VA (Pastor Cristina Pinto).

For the past year, Cristo Centro and CARP have helped sponsor Pastor Saúl Henríquez and his wife María Elena in a rescue and relief work they conduct at Iglesia Cristo Viene Congregation (Jesus is Coming), in Quezaltepeque. Twenty young boys go there to eat, study, worship – and play soccer. They are all children at risk from severely disintegrated families; and through the pastors’ and coaches’ efforts, they have the security and thrill of belonging in the Father’s love. Psalm 68:6a comes alive: “God sets the solitary in families….” God has called these men to be fathers to the fatherless, and these boys’ lives are forever changed. Thank you to all who help sponsor their food, uniforms and soccer shoes.

In January 2013 we began the year with plans to build a house in suburban San Salvador for one of the congregational worship leaders, his wife and two daughters. An architect engineer drew up the plans, and local craftsmen built the cement, block and wood structure. The family was previously in a campsite setting, their “microwave” house (tin laminate with no windows) situated against a dirt mountain. Now they have a house with four walls, doors, windows, and a slanted roof to allow rainwater drainage. The family is still incredulous but overjoyed with the beautiful new space: it’s brighter, cooler, and safer. Thank you to all those who generously contributed to this effort.

Our prayer was answered in 2013 to have a health fair for the people in the congregation and neighbors around the church, a fair that included diabetes and blood pressure testing. About two hundred people took advantage of these free tests, and they took home information about diet and disease prevention. Although health care costs are comparatively low in El Salvador, some people do not get tested – until they have a problem, at which point it can be too late. At both churches in San Salvador and Sonsonate, there were nurses who gave a short talk and advised people on how to prevent and control these illnesses. Thank you to the families at El Shaddai who donated the machines and supplies.

Again this year our thanks go to Frederick Country Day Montessori School, Frederick, MD, for all the quality shoes donated by the students’ parents. See below for a photo of José Tejada with his nephew and a brand new pair of shoes! Additionally, as a member of Cristo Centro San Salvador, José has been faithful to devote his time and resources to set up the computer lab in the church, maintain it, and conduct classes. We are thankful for his dedication and generosity to the people of God.

We also want to mention a dear friend, Betty Hahn, who at 94 spent her last days making skirts for the ladies and girls in the congregations. A graduate of the Traphagen School of Design (NYC) and master seamstress, Betty worked as an instructor for Singer. We all appreciate her talent and creativity. She and her family were our neighbors in Mountainside, NJ. Thank you, Betty, for giving to the Lord. We miss you!

We pray this newsletter is a testimony of God’s unlimited power and desire to provide for and bless his children. This mission is built on faith, and it is a good mission field in which to sow. What began as a construction project, then a sponsorship program, has blessed many people along the way – the ripple effect! Be assured that all donations go directly for the people’s needs because we take no salaries or monies for airfare. We want to thank all the faithful sponsors and friends who continually give to this project. Thank you, Pastors Francis, Zulma, Luis, Susy, and Pastors Todd and Debby at El Shaddai. We look forward to all the Lord plans to do in El Salvador, and we desire to be part the miracle! There is still much work to do, and so we pray that everyone reading this will partner with us.

As Pastor Francis said to the students in December, it doesn’t matter if you graduate with the highest honors and all the praises of men. If you don’t have Jesus in your life, you are trash! Really, in his words, you are refuse, reprobate, useless to God and to the world. As it is written, “For what shall it profit a man, if he shall gain the whole world, and lose his own soul?” (Mark 8:36). We are praying for laborers to plant, water and reap. People need to hear the Good News of salvation; children need the love of God and His guiding hand.

God bless you all, 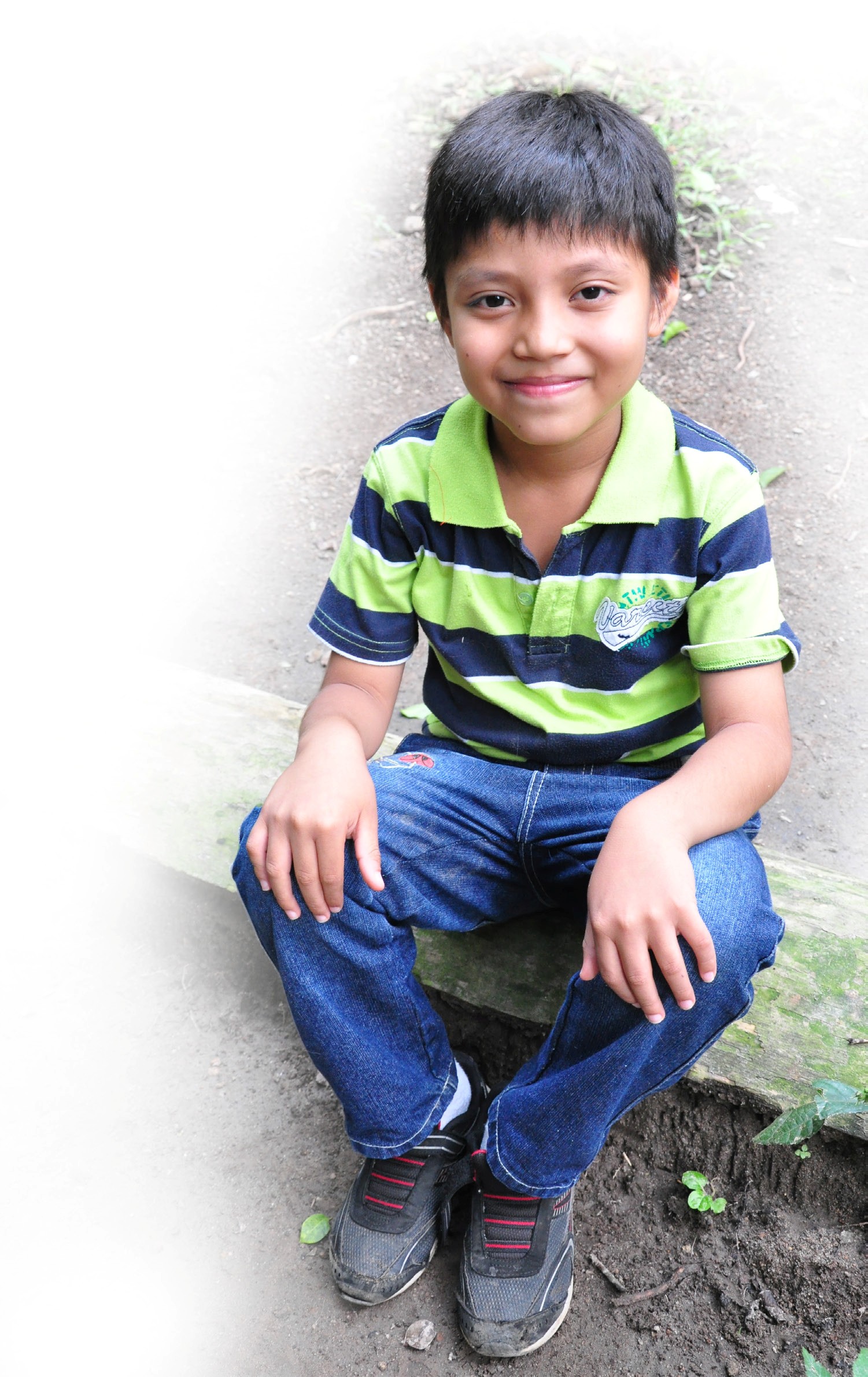 Eight-year-old Víctor Guardado is new to the CARP Project. An excellent student, he loves drawing, math and soccer, 8.13. 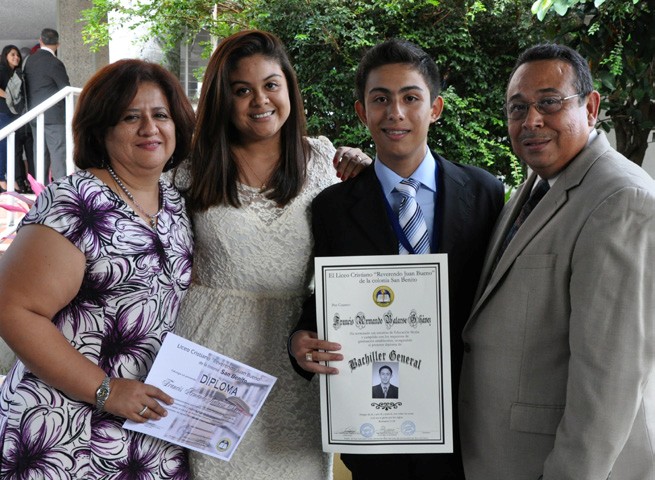 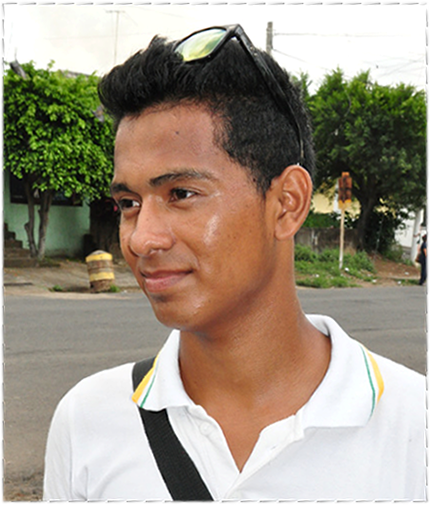 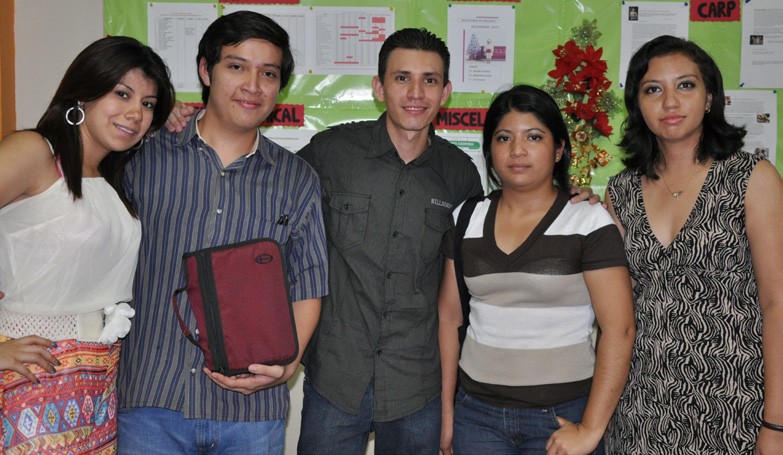 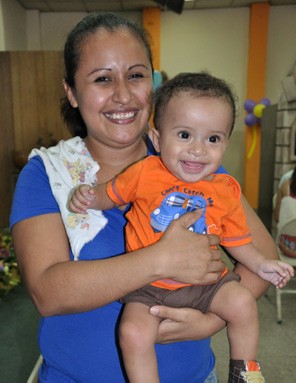 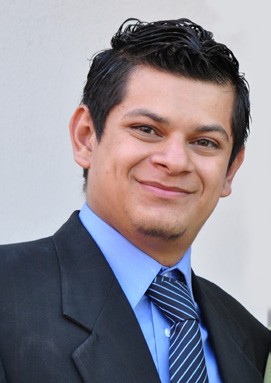 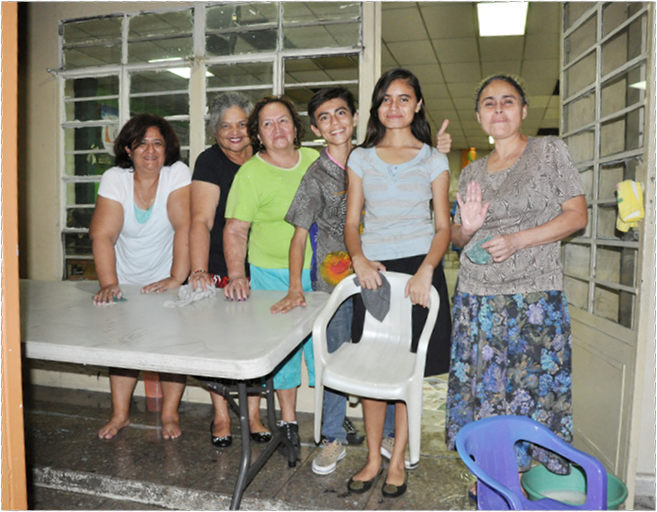 Church members clean, decorate and polish for their 17th anniversary, 12.13.

“You open Your hand and satisfy the desire of every living thing.” Psalm 145:16 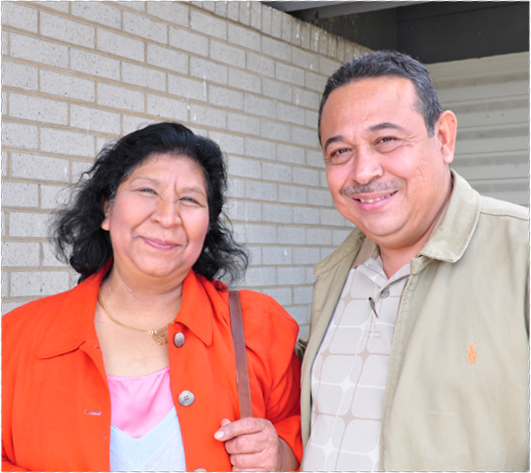 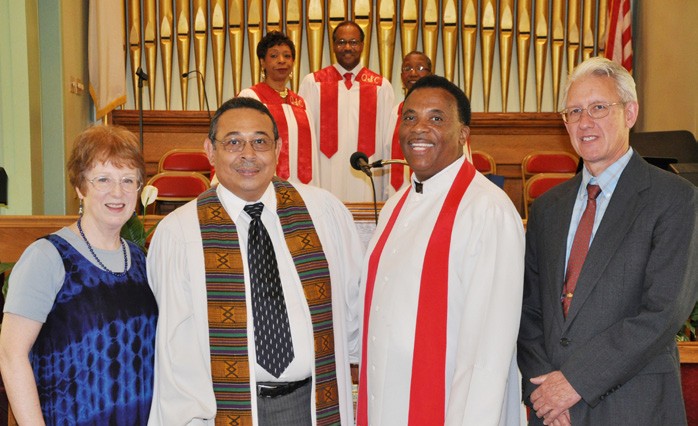 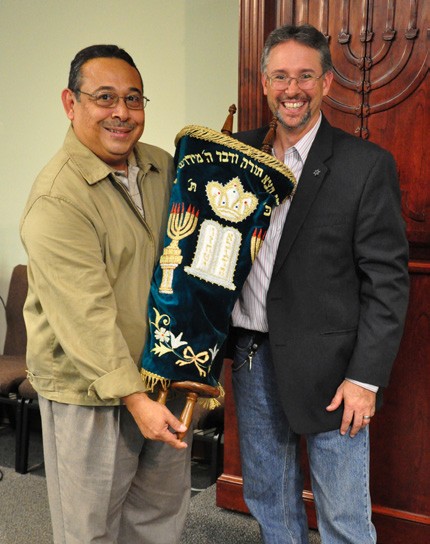 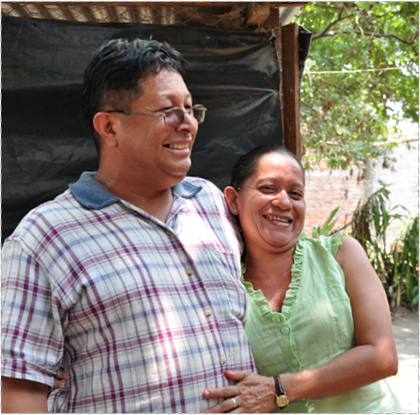 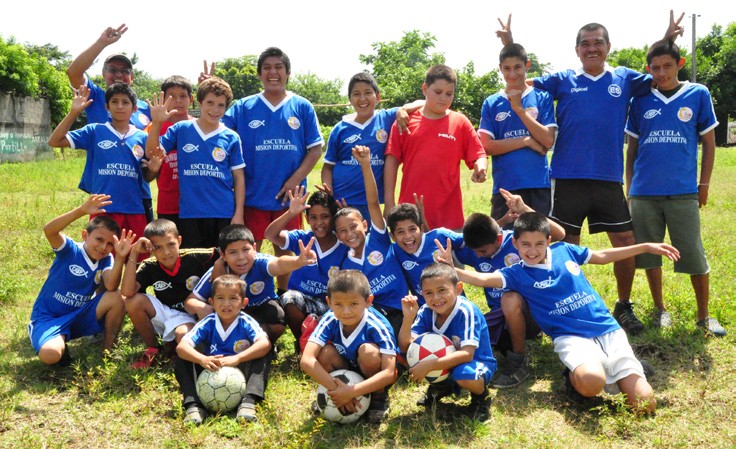 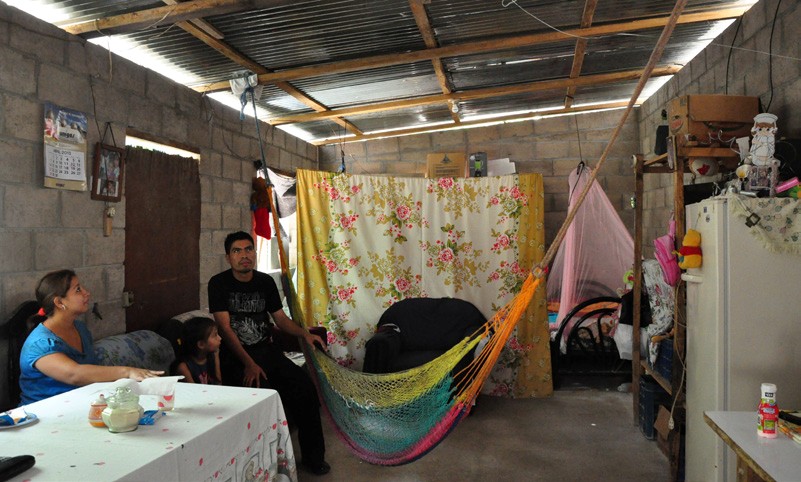 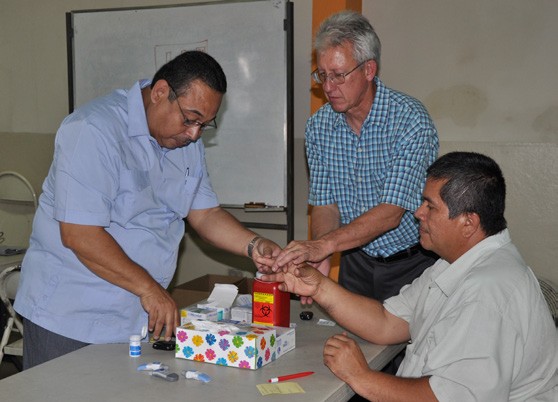 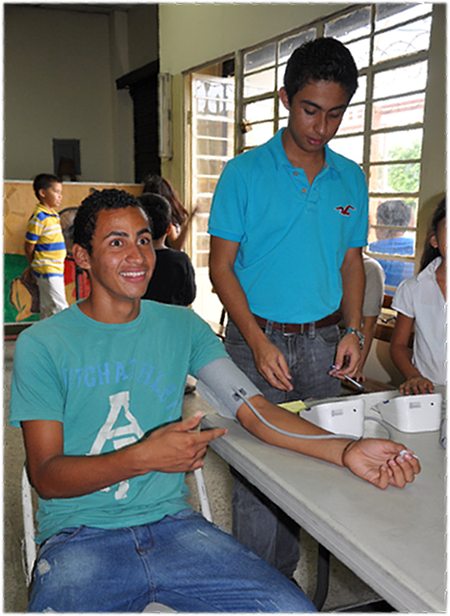 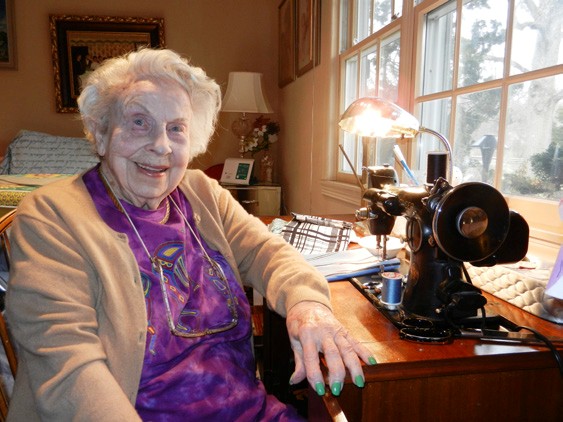 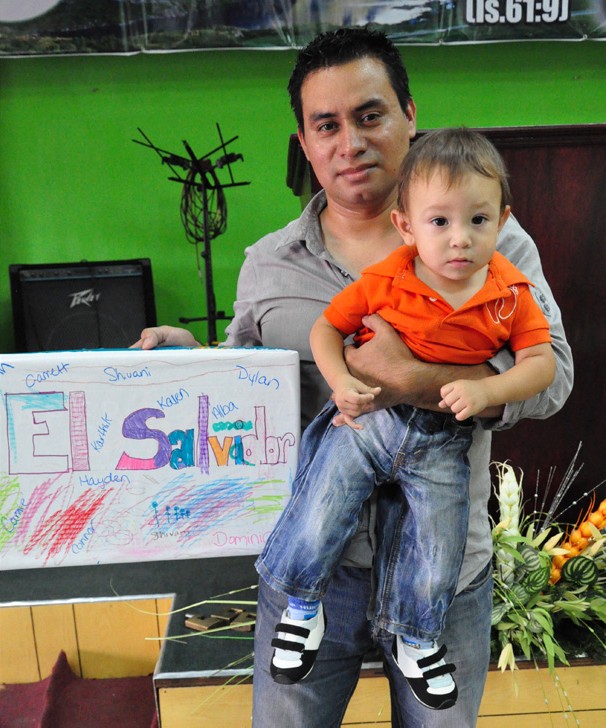 José Tejada with his nephew and a brand new pair of shoes.